Ian Balfour is Professor of English at York University. He has taught at Cornell as the M. H. 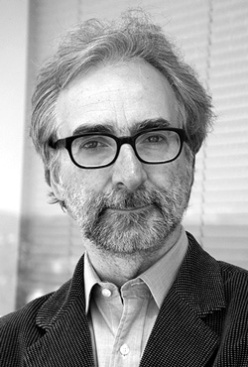 Abrams Distinguished Visiting Professor of English, at Williams as the Scott Professor, and at Rice as the Autrey Professor; he also has held visiting professorships the Johann Wolfgang Goethe University in Frankfurt, UCSB, and Stanford, among others. He is the author of several books, including The Rhetoric of Romantic Prophecy, awarded the MLA’s Scaglione Prize for Comparative Literature and the Barricelli Prize from the International Conference on Romanticism.  He is a co-translator of Walter Benjamin’s dissertation, The Concept of Criticism, and co-edited with Cynthia Chase of an issue of diacritics on Benjamin, and has published on Benjamin’s theory of history. He edited with the filmmaker Atom Egoyan Subtitles: On the Foreignness of Film, with Eduardo Cadava a double-issue of South Atlantic Quarterly on human rights, and was sole editor of Late Derrida for SAQ.

Sign the “Open Letter” calling on the MLA membership to endorse a resolution in support of the boycott of Israeli academic institutions. Only the signatures of (former or current) MLA members will be included.

Things should never have reached the point where something like the BDS movement were necessary or a good idea.  Some people whom I respect enormously for their commitment to justice for the Palestinian people, such as Noam Chomsky, do not support all or most of the strategies and tactics of the BDS movement.  It is a plausible political stance.  And it is difficult to boycott, partially, some academic and cultural activities in present-day Israel when large numbers of students, artists, and professors are hardly the worst offenders in the occupation of the territories condemned by the United Nations as illegal. Indeed some are themselves are opposed to the occupation and hampered in that opposition. But the universities and all kinds of cultural institutions cannot be divorced neatly from the massive effort to oppress and marginalize and keep at bay the Palestinian people, many of whom were forcibly exiled from where they and their families had lived for so long.  Moreover, universities and schools in Israel thrive and function well when the possibilities for a decent education in the occupied territories are undermined at every level from material infrastructure to day-to-day teaching.

universities and all kinds of cultural institutions cannot be divorced neatly from the massive effort to oppress and marginalize and keep at bay the Palestinian people, many of whom were forcibly exiled from where they and their families had lived for so long.

Tactics like those of the BDS movement helped in the struggle to break the deadlock in the seemingly intractable position of the old apartheid regime in South Africa.  And there is reason to believe forces in Israel could one day be brought around to reason and elementary justice for Palestinians who once shared the land once called Palestine.  There could be a better Palestine and a better Israel.